GET A CALL BACK NOW

Once you fill up the form our executive will contact you shortly.

What is Type 1 Diabetes?

Type 1 diabetes also known as insulin-dependent diabetes is a medical condition in which the pancreas is either unable to produce insulin or produce very little of it. Type 1 diabetes is common in children and young adults and thus used to be referred to as Juvenile diabetes. However, an adult can also develop type 1 diabetes which can turn into a chronic condition if symptoms are not identified and treated properly.

Difference between Type 1 and Type 2 diabetes

Both type 1 and type 2 diabetes may prove fatal and are related to insulin but have certain differences:

Type 1 diabetes occurs when the immune system attacks and destroys the insulin-producing beta cells of the pancreas. It may be caused by genes and environmental factors, such as viruses, that might trigger the disease. Hence the person cannot make any insulin and has to depend on insulin injections. It affects around 8% of the diabetic population.

Type 2 diabetes develops when the body becomes resistant to insulin or when the pancreas is unable to produce enough insulin. Genetics and lifestyle factors, such as being overweight and inactivity, seem to be contributing factors. It affects around 90% of the diabetic population.

Medical experts and scientists are still not sure about what causes type 1 diabetes, but it is believed that the body’s immune system mistakes the beta cells as a foreign body and attacks them. Beta cells are the cells that produce insulin, and when damaged by the immune system, the pancreas is unable to produce insulin. Genetics or injury to the pancreas due to exposure to extreme environmental factors are considered other possible causes of type 1 diabetes.

Signs and symptoms of Type 1 diabetes are as follows:

Treatment of type 1 diabetes includes maintaining the required blood sugar level and a healthy lifestyle along with insulin injections and certain medicines.

Lifestyle – Almost every medical condition is a result of an unhealthy lifestyle, but type 1 diabetes is a condition that requires the person to follow a healthy living strictly. This makes exercise as an important part of daily routine with continuous watch on the blood sugar level and effects of exercise on it. Doctors often advise people with type 1 diabetes to avoid and include certain food in their diet that provides energy to the body without disturbing their blood sugar level.

Cost is one of the important factors when it comes to medical treatments. Type 1 diabetes is often diagnosed by three tests: Random blood sugar test, Glycated haemoglobin (A1C) test, and fasting blood test.

All these diabetes test are quite affordable and costs between INR 300 and INR 500. Similarly, there are machines called glucometers that people can keep at their homes to monitor their blood sugar level, which is also not very expensive, and anyone in the family can use it.

Type 1 diabetes might be a condition with unknown causes, but if a person maintains a healthy lifestyle and seeks timely medical guidance, they can live a long and normal life like others around them 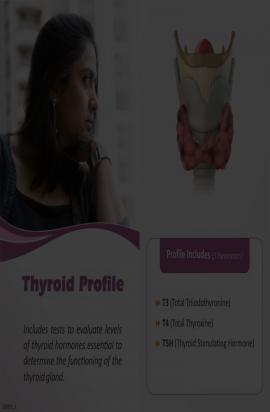